“And those who were seen dancing were thought to be insane by those who could not hear the music.”
― Friedrich Nietzsche

Sometimes you travel the world and end up in your own backyard. That is quite nearly the story of my getting to know Max and Paige and how we were able to make their Carkeek Park engagement photos. I was in New York last fall for the WRKSHP conference and received an email from the couple wanting to set up a skype call. Since I was already in NYC, I suggested that we meet up and have a bagel. It turned out they lived less than 1/2 a mile from the house I was staying in Brooklyn. While chatting, we were discussing the family backyard they were going to hold their wedding in Seattle. It just so happens that was on Haller Lake, which is about 1/2 a mile from my home. The universe was bringing us together.

Max is a professional woodworker in Brooklyn and Paige is a dancer. I love the joy that that they both brought to the woods of the PNW. We had hopes that the sun would break through at sunset (which has happened here at Carkeek before), but instead got a PNW gray. But, that’s the northwest, right? It just made for a more personal and intimate time. 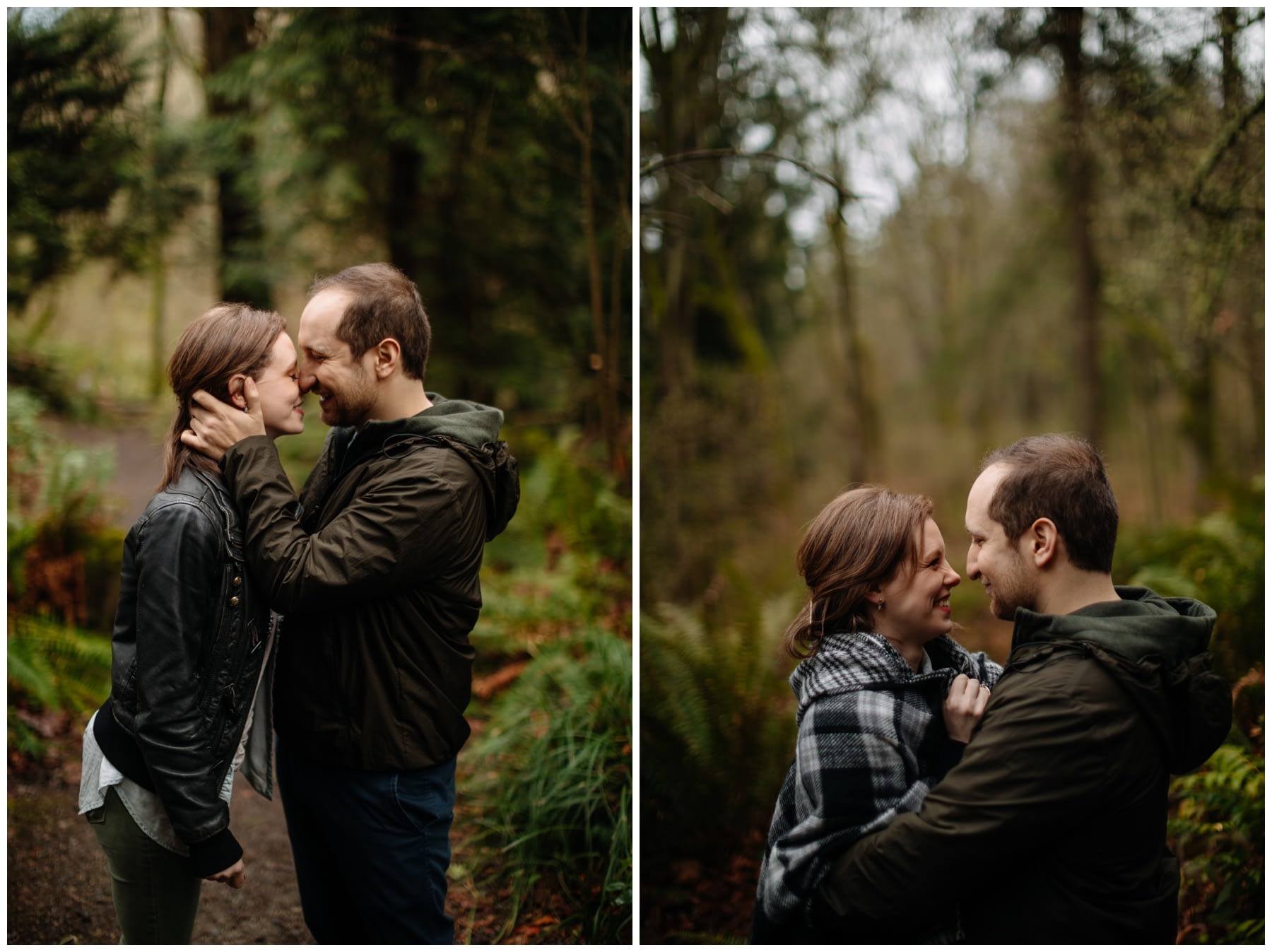 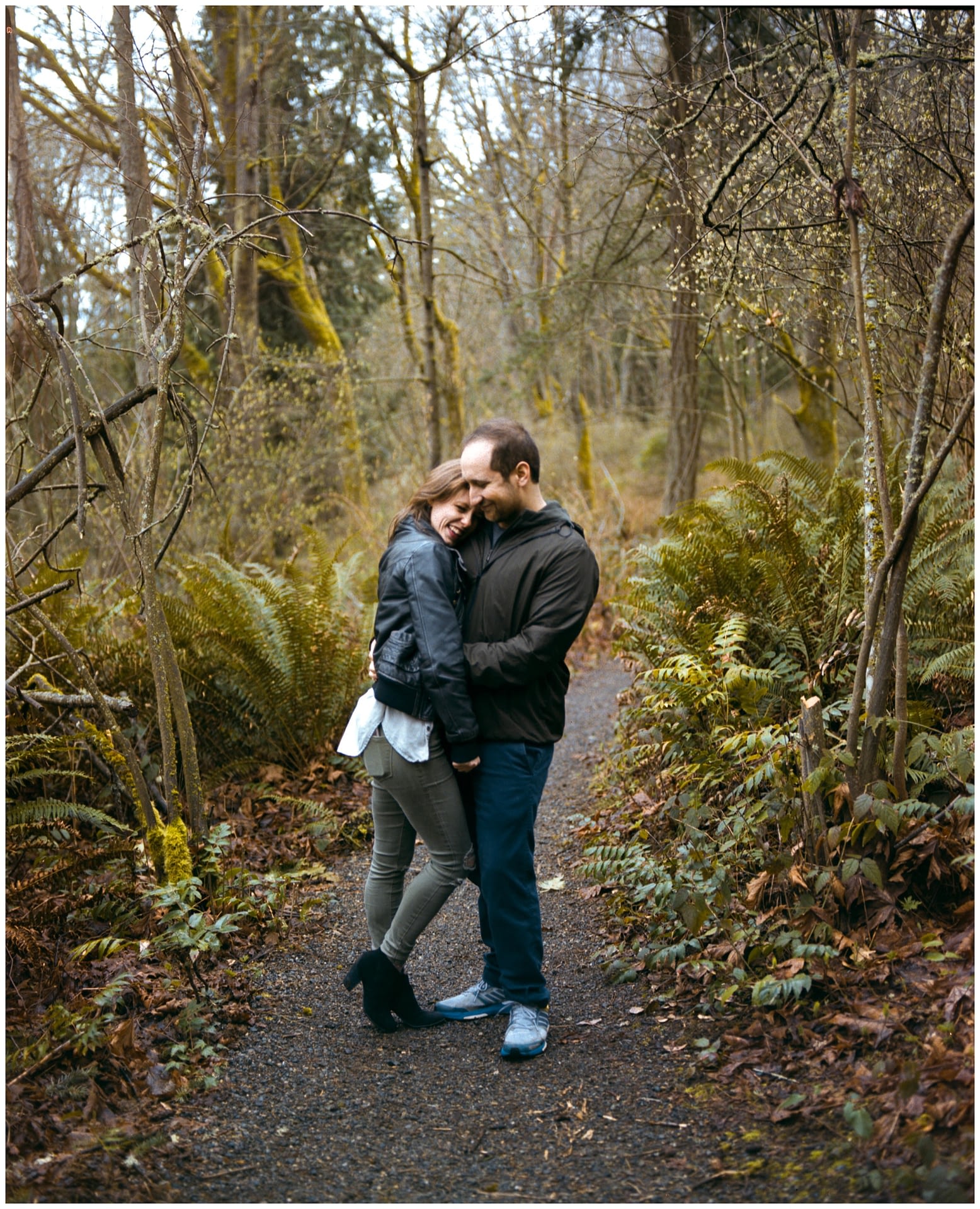 There is something so wonderful about this park. You always have space to yourself and you it feels so intimate. In just a few steps, you have the world to yourself. 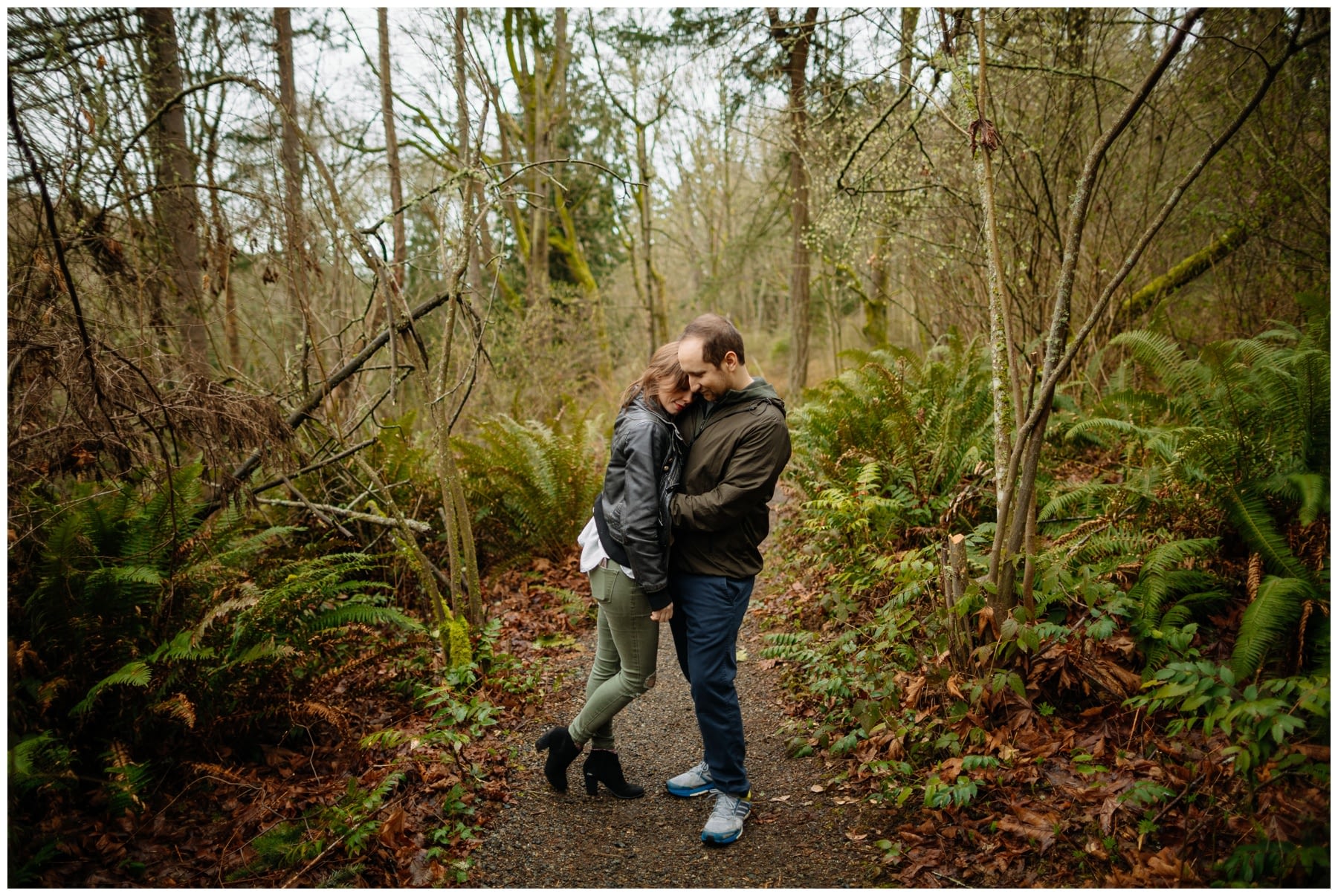 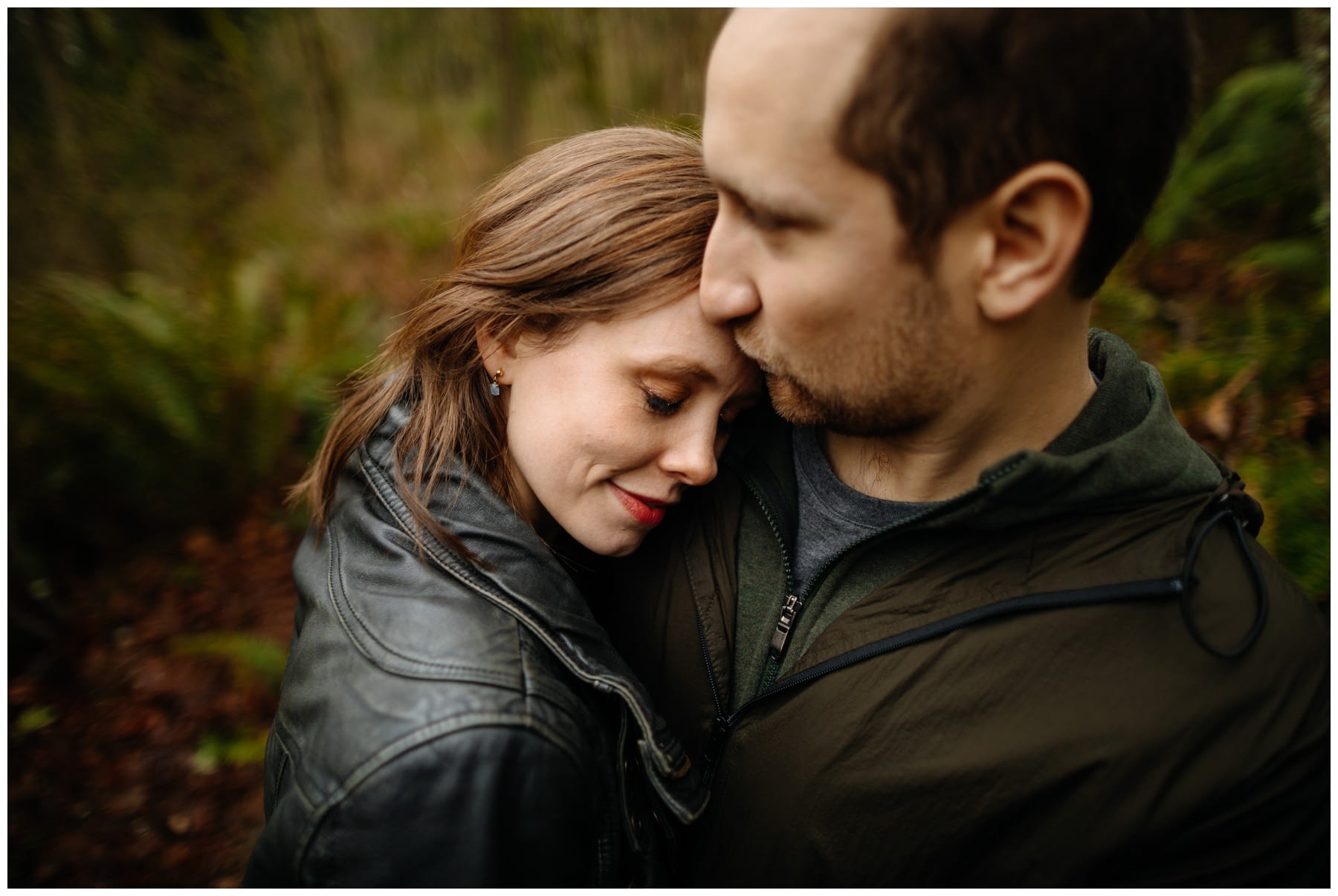 Did I mention that they’re huge goofs in the best way possible! 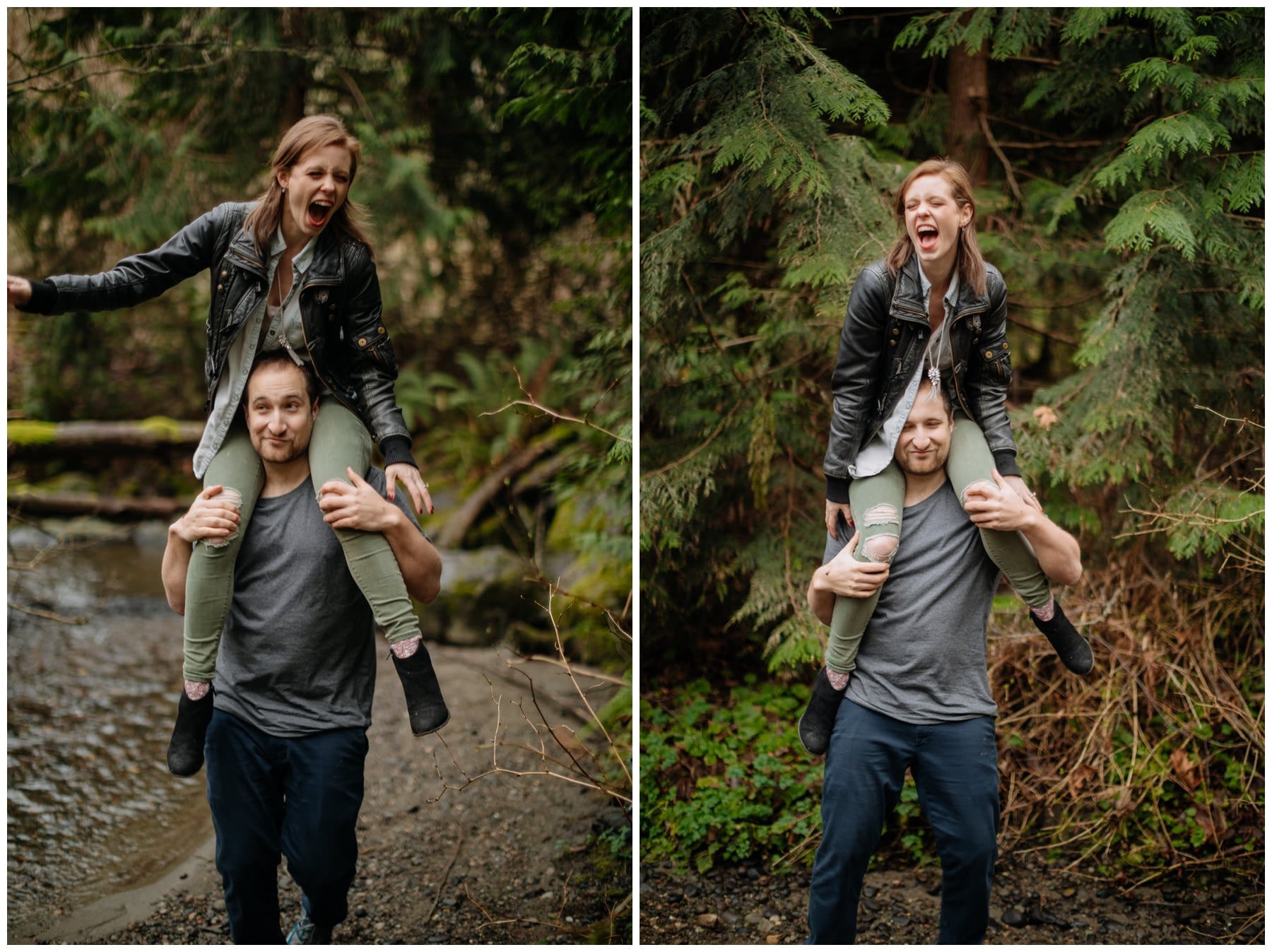 I did pull out my Mamiya RZ67 for a few images. The one below and then the individual portraits of Paige and Max below are both with that camera on Kodak Portra 400 film. I think it got a little under-developed, but I really love the tones. 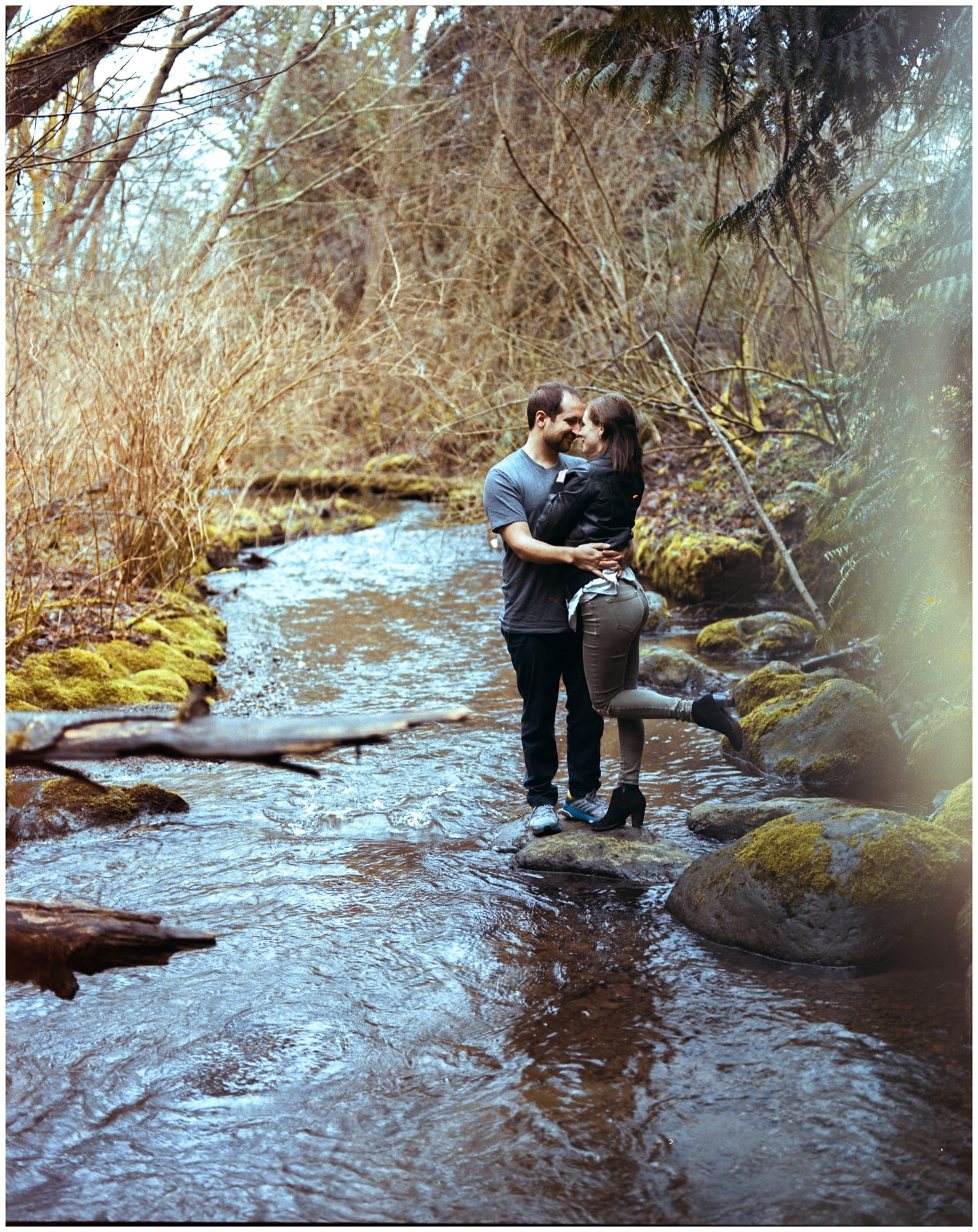 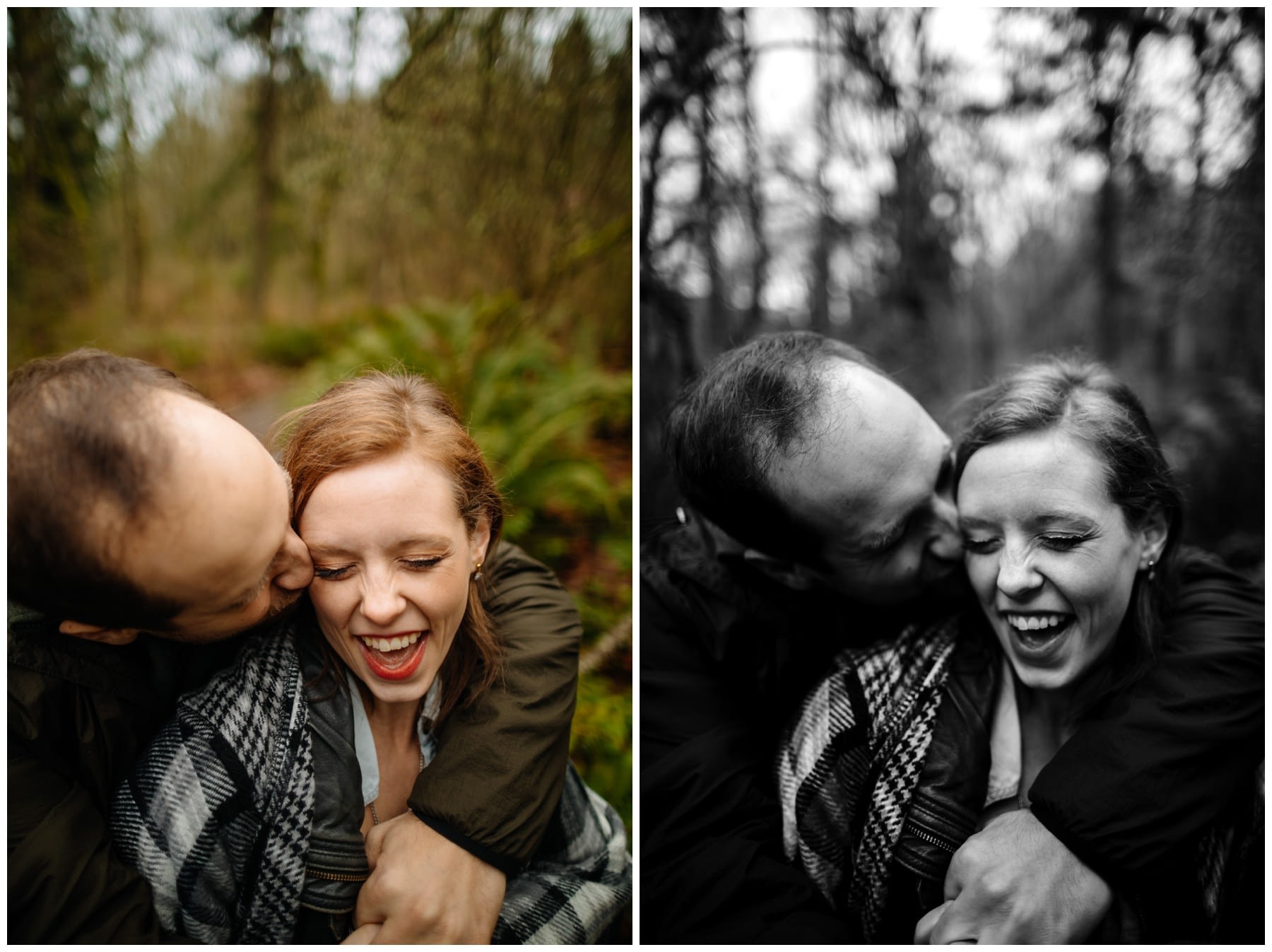 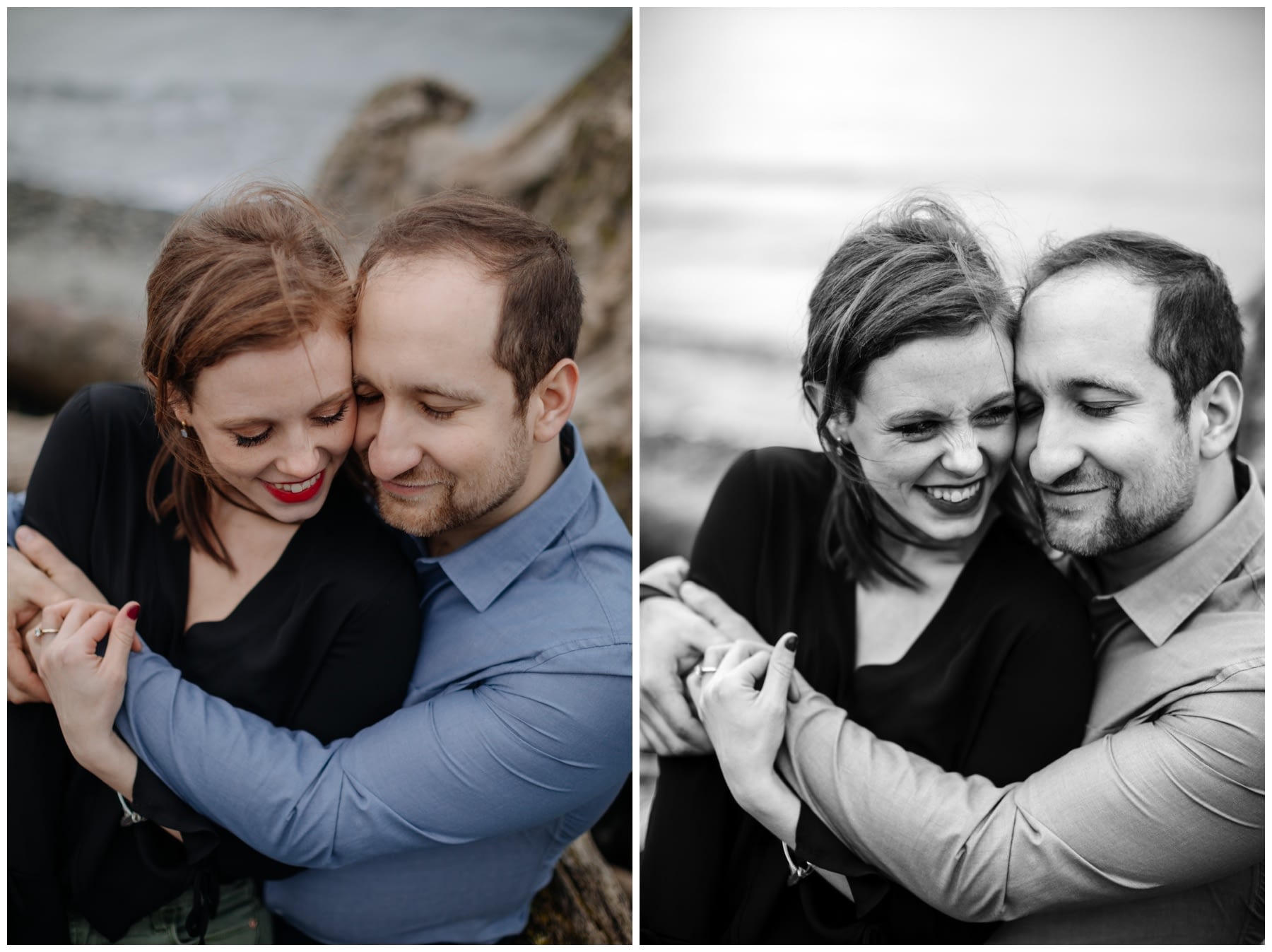 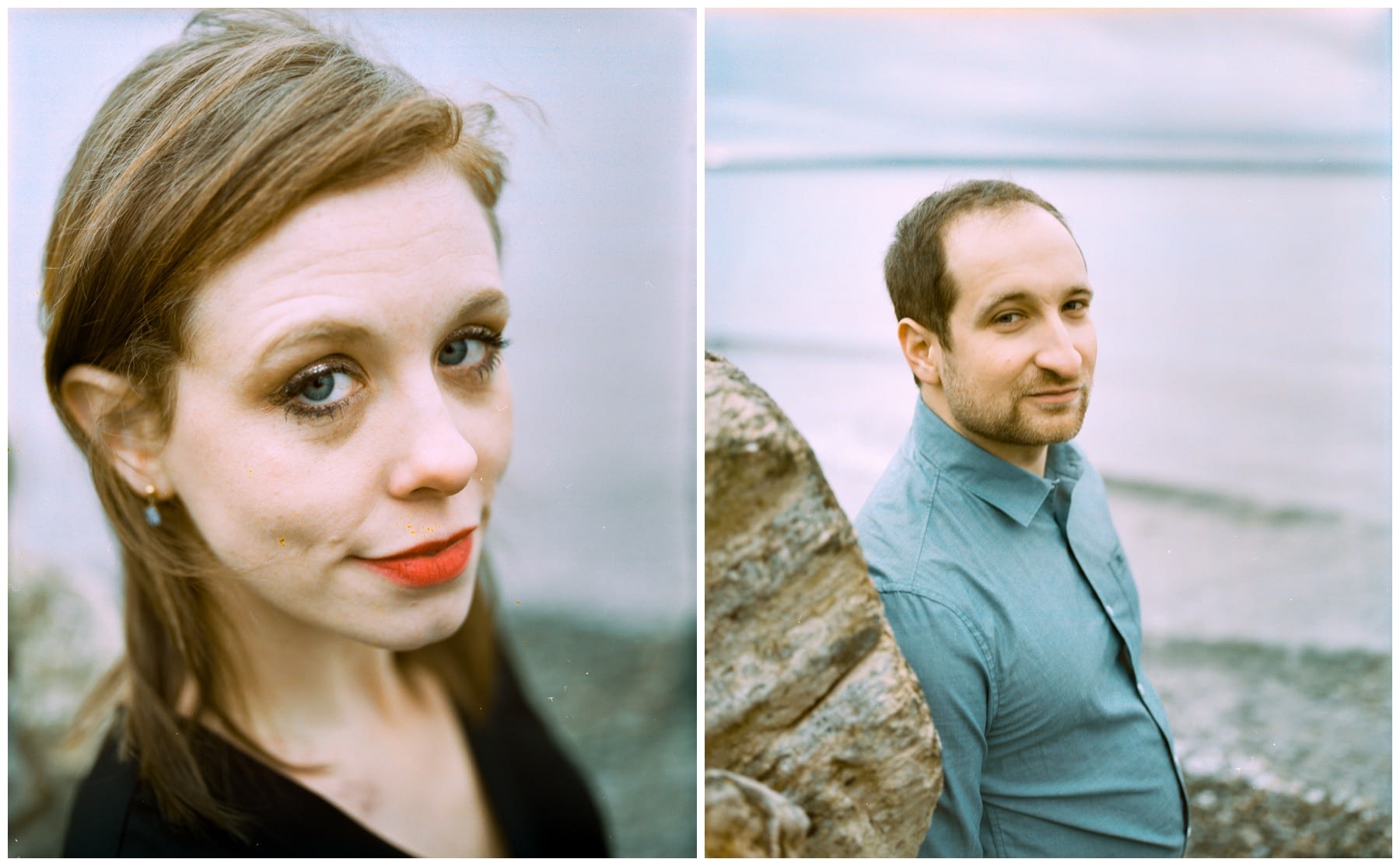 Again, Paige is a professional dancer, so we had to show that off just a little bit. We’re already dreaming of more dancing photos in her wedding dress. 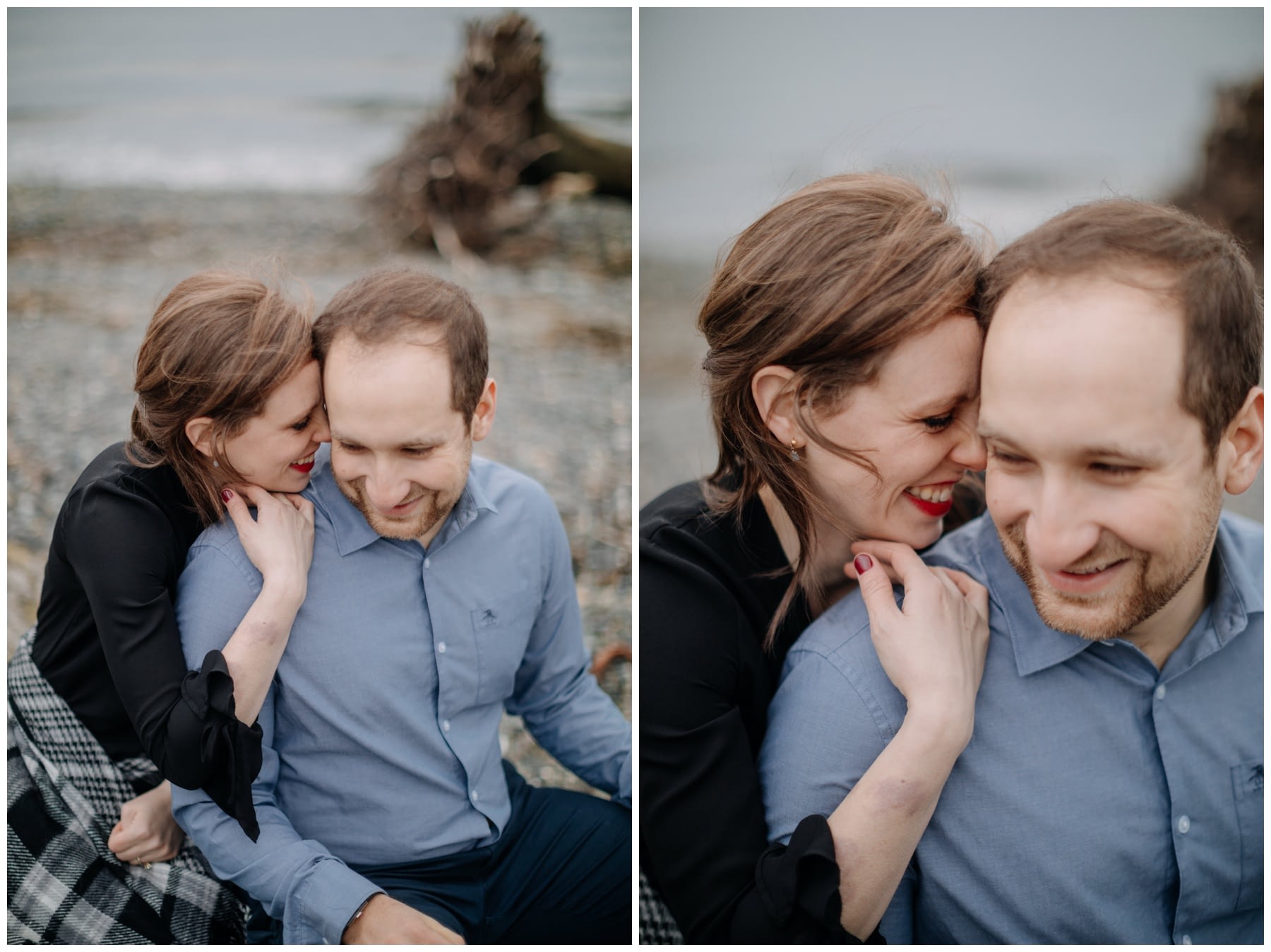 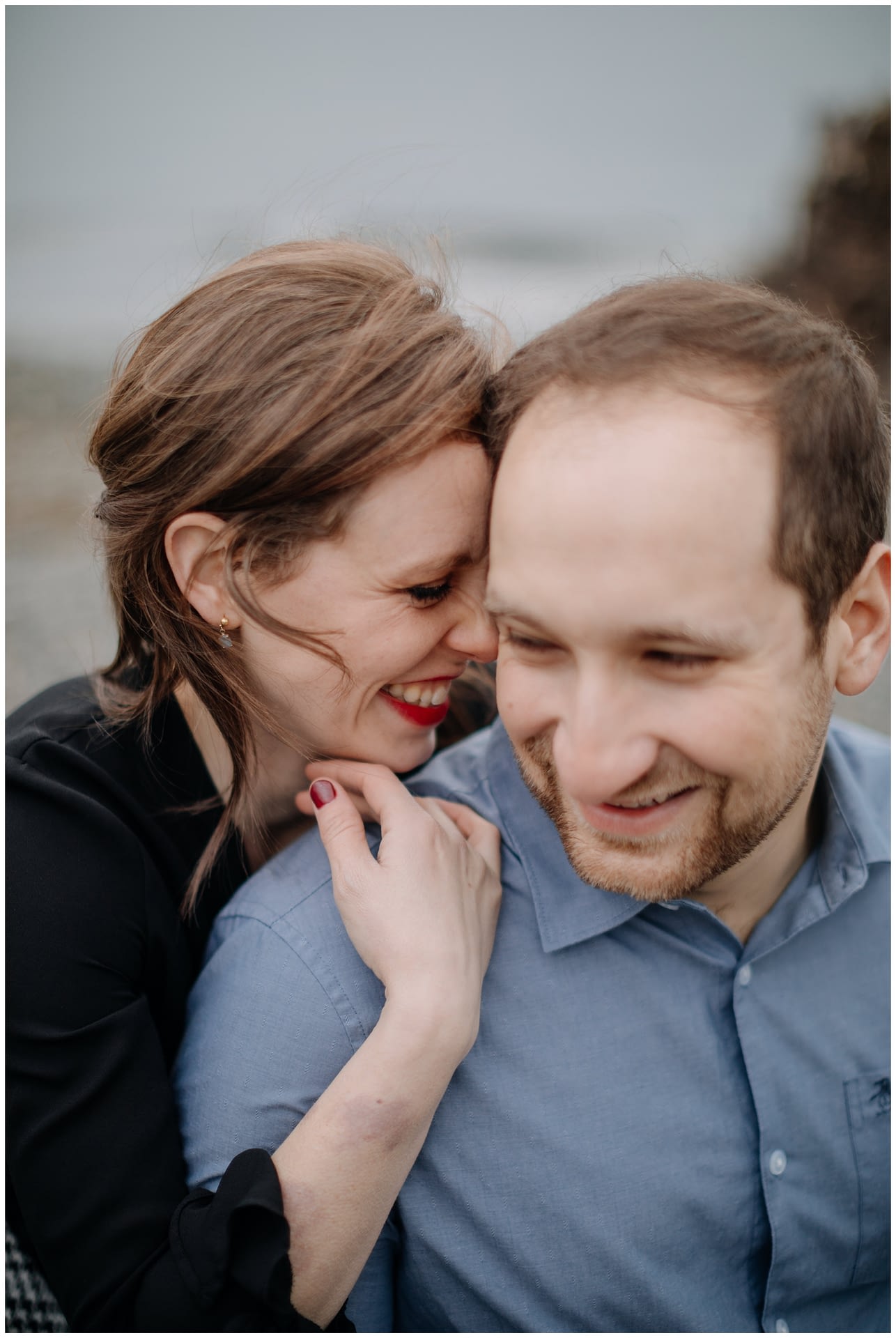 Thanks again to Max, Paige and to Brooke (from Table Catering for connecting us). I’m so excited for your intimate lakeshore wedding this summer!