I walked into Jen’s house right as she was pulling out cookies from the oven. I’m not going to say this was the best way to start a portrait session ever, but it’s way up there. Jen is a nurse, the owner of Whisk and Bake by Jen (a small baking business) and a wonderful person. I was so excited when she invited me over to do a portrait session in her kitchen.

I think about Jen as a baker and a traveler. I wondered if those were words that she’d agree with in her own self-descriptions. She agreed with those, but more of a caretaker in general. That obviously has a lot to do with her profession, but also with a way that food can be a comfort. 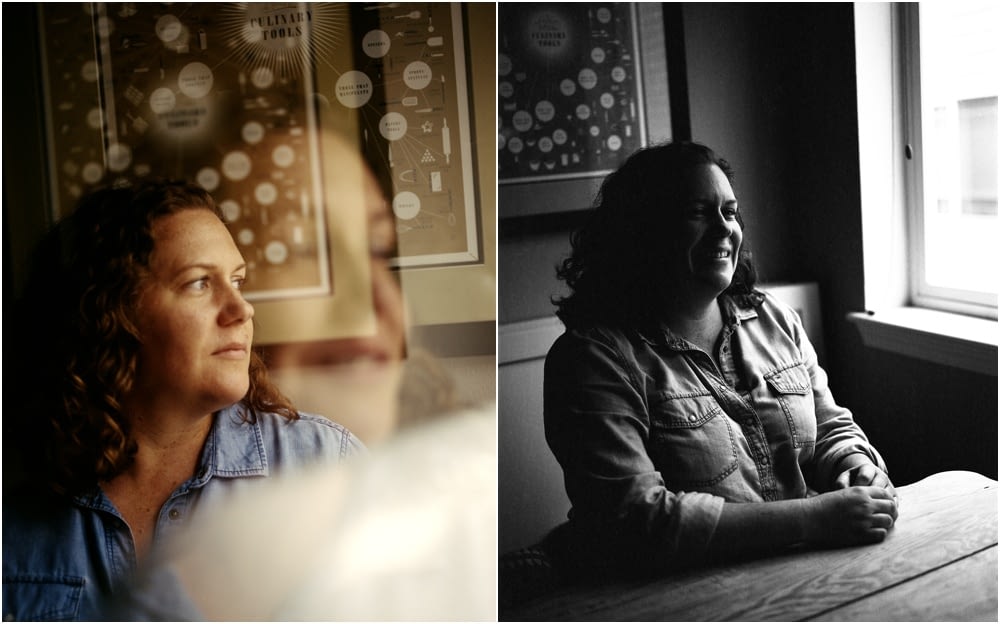 For Jen, food is so much more than just a thing to fill your belly, but rather is a tool for making someone feel cared for and celebrated. She started her business because of experiences making cakes for friends’ weddings. She told a story of how important it was to make a chicken pot pie for a friend who was going through a hard time, not only to care for the friend’s sustenance but because that particular meal has so much nostalgia and connection to life connected to it. For Jen, when she thinks of certain people, it’s how they connect. “When I think of people, what comes to mind is what I have baked for them.” I’ll vouch for that because, besides the fantastic cookies in her kitchen, she even had a small bowl of cookie dough ready for me, because she knows that I prefer mine un-baked.

For Jen, food not only is a connection between people but between the generations. She has memories of her grandmother making oatmeal raisin cookies or the divinity that she made for Thanksgiving dinner. It’s the memories of those treats that connect her to the memories of joy she had in the kitchen with her grandma.

She also has similar connections to her mom, a woman that could make a meal out of anything in the cupboards. She can still call her mom with a list of random items and mom can help her put a good meal on the table. Now, that connection is moving into the next generation as she uses baking to help better build relationships with her nieces. 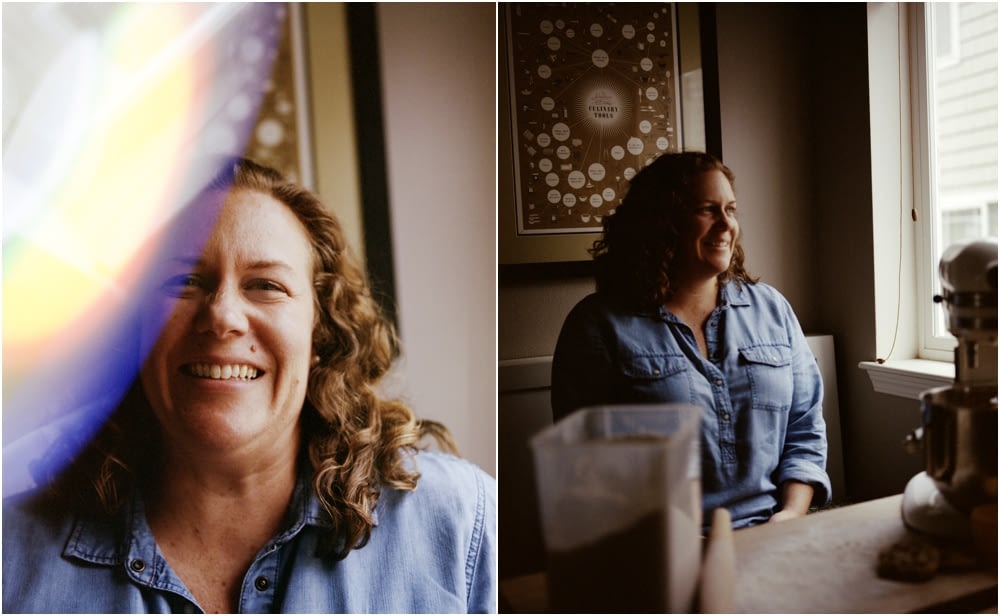 Because the nature of food has nostalgia and connection to home, we talked about the influx of fine comfort foods that are seen in many restaurants around the city. That this connection to the things that you grew up, but within the organic free range fair trade modern lifestyle is important for a generation that is increasingly living in a globalized setting, that the food we eat can connect us to the memories we carry. 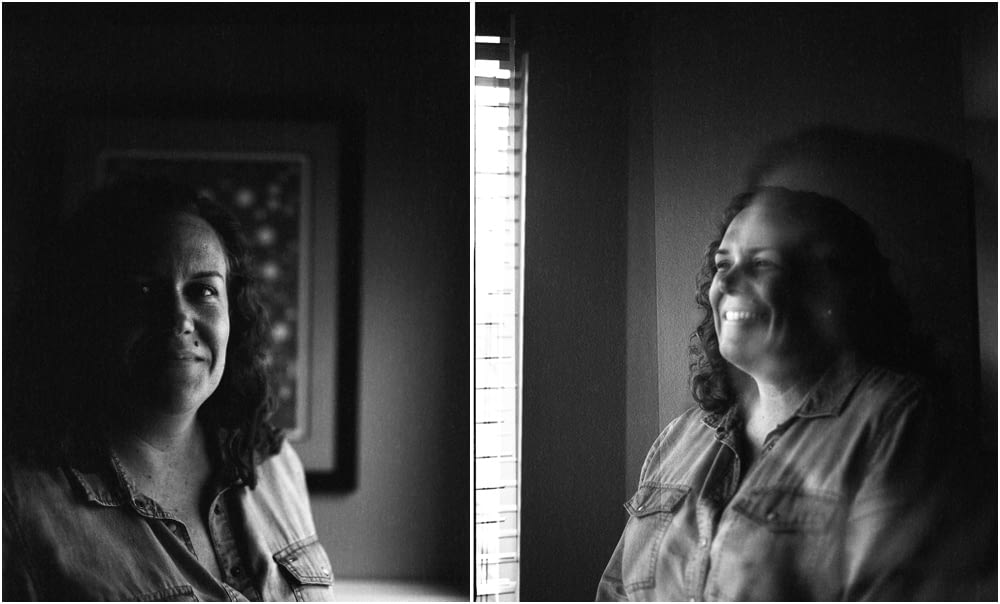 As is so often the case with people who are especially talented at their hobbies, Jen moved from just being a lady who made great baked goods for friends into having a home business. She makes goods for the Crown Hill farmers market and also does ice cream cake collaborations with Sweet Lo’s ice cream.

But, as also often happens with people who are really good, that business grew faster than she really had the bandwidth to handle. For the first 6 months of dating her boyfriend, they spent most of their quality time with him sitting at her counter, watching her bake.

So, now Jen is learning to better focus on the projects and the people that she wants to build better connections with. By simply focusing on a few places to cook and sell, she feels that she is learning to love that world again. For her, it really is about using flour to better build relationships. But, that is really hard to learn to say no to things that you like. Jen is getting a lot better at just honing in and loving her life as a nurse with a small side gig. Besides, if she made this into her full-time job, when would she be able to enjoy her other passion for travel?

I like to ask frequent travelers what is their next trip. Unsurprisingly, I was jealous of Jen’s answer to spending a month for her 40th birthday in Italy. But, she also admits that in planning that trip, she sees so many other places on the planet that she wants to visit as well.

If you enter Jen’s living room, you’ll be greeted by a wall of photos, each telling small stories of her travels. But, one of the most original pieces that she has on this wall is her two expired passports. I totally stole this idea and put up mine when it needed to be renewed. She likes to pull them out of the frame every once in a while and change the page to help better remember a particular trip and visa. It’s a way to keep from just focusing on a few memories, but to keep a broader set fresh.

One thing that Jen does really well is long-term travel. Aside from her upcoming month in Italy, she has spent long periods of time in Malawi, Guatemala and across the Indian subcontinent. It’s nice because she not only is able to get to see more of the world but can begin to learn to live in the cultures she is seeing. It isn’t a tourist view and moves, but a chance to make friends and learn to live at the pace of the place you’re in. She talked about learning to love the slow pace of living in Malawi which included early trips to bed and the ability to wake up when she wanted.

But in that time, she also is able to manage the trials of the in-between life of not being a traveler and not being yet integrated. There is a photo on her wall of a stunning Malawian sunset which for her was a grounding moment in that acclimation process. It was a really hard time, but in a moment of seeking something to connect to, she was able to hold on to the fact that “at least it’s really pretty here.” That’s a good enough start go push toward making a living. 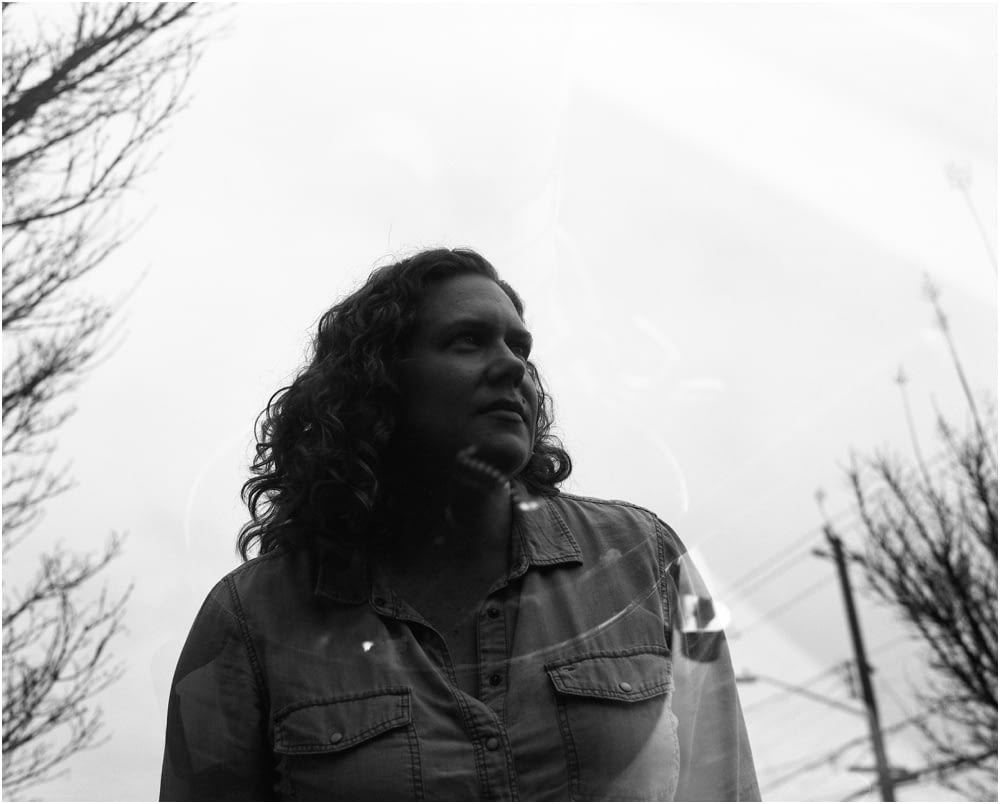 For Jen’s portrait session, I used Kodak Portra 400 color film and Ilford 100 Black and white film. Both of these are clean and bold. I pushed them one stop, which increased the contrast in the images, something I was going for with the window light that was the background for the session in Jen’s kitchen.

I still am so amazed by the openness and intimacy that everyone has given during these 2Roll portraits. It was an honor to spend time with you Jen and thank you for the cookie dough.

If you’re interested in doing a 2Roll portrait in the future, send me an email and let’s set it up