Alicia and Pat’s South Lake Union engagement was wet, but they pushed through. A few rain drops were just preparation for a beer at King’s Hardware.

I probably should let Erika tell this story.  About a year back, she was at church with Alicia when Pat walked by.  After a few texts with my lovely wife, Alicia had the details on where to cross Pat’s path.  His group of friends have a standing agreement to meet up at King’s Hardware in Ballard.  After hanging out with his friends before Pat was able to actually meet it, she was already on the inside.  Soon they were together.  Now, they’re engaged, home owners and rather adorable.

So, that’s how we ended up celebrating their love while in a monsoon. It comes with the nature of spring that photo sessions this time of year take a little extra creativity. Luckily, Alicia and Pat are naturals. They both hold themselves with such class and are so happy to be together. We headed down to the Center for Wooden Boats for the South Lake Union engagement session. This place has so many funky corners, beautiful ships and rain soaked docks for us to take advantage of. 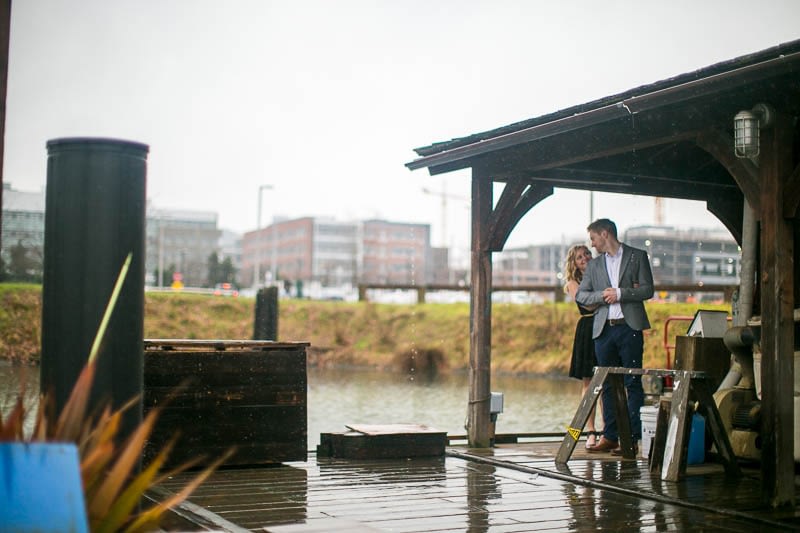 As a true northwesterner, I don’t own an umbrella, but I’m starting to become a little more of a fan. 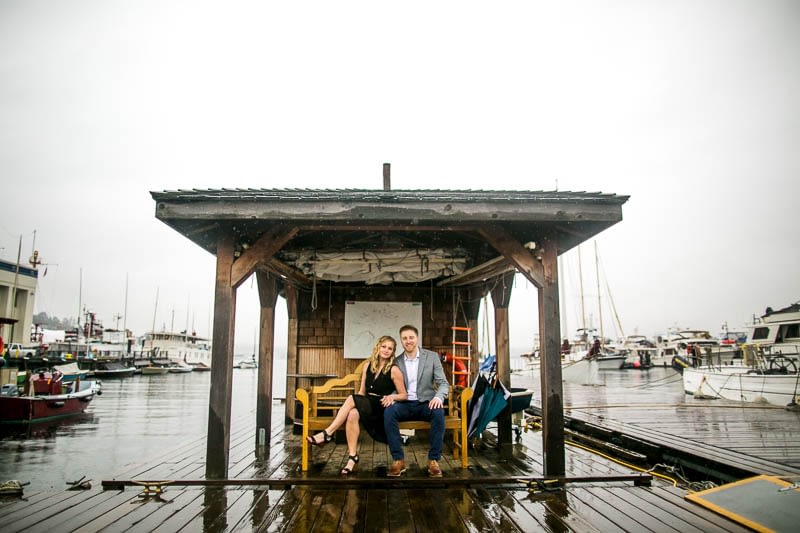 This is one of my favorite photos from 2014 so far. I love the way the lines converge on them and the way the light falls on their faces.

Since Pat and Alicia met at King’s, they naturally wanted to take engagement photos there. I love using photographs like this to tell more about who people really are. We had the whole patio to our selves and it was so fun to share a beer and help them remember their own roots. 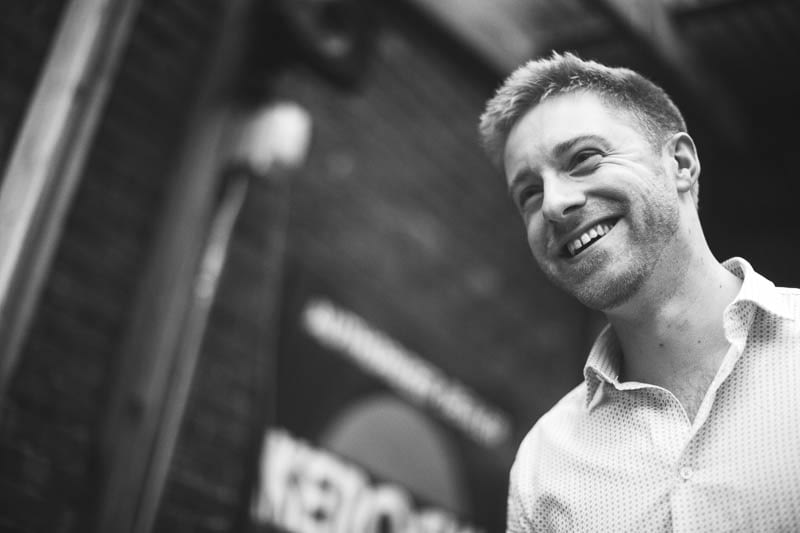 Great pictures of two love birds. The rain, umbrellas and wooden boat floats and docks make for a fun and relaxed venue. The big “R” brings back memories.
Bravo!! Bravo!!